Congratulations to all the children in 2nd-6th classes on completing their first ever marathon.
Over the past 8 weeks the children ran a grand total of 26.2 miles each.
On Friday 6th May along with some of our parent marathon runners the children completed their total miles.
We were also joined by Paul and Cillian from Monaghan Sports Partnership.
Our wonderful Parents Association provided everyone with lovely refreshments.
It was a great day, enjoyed by all. 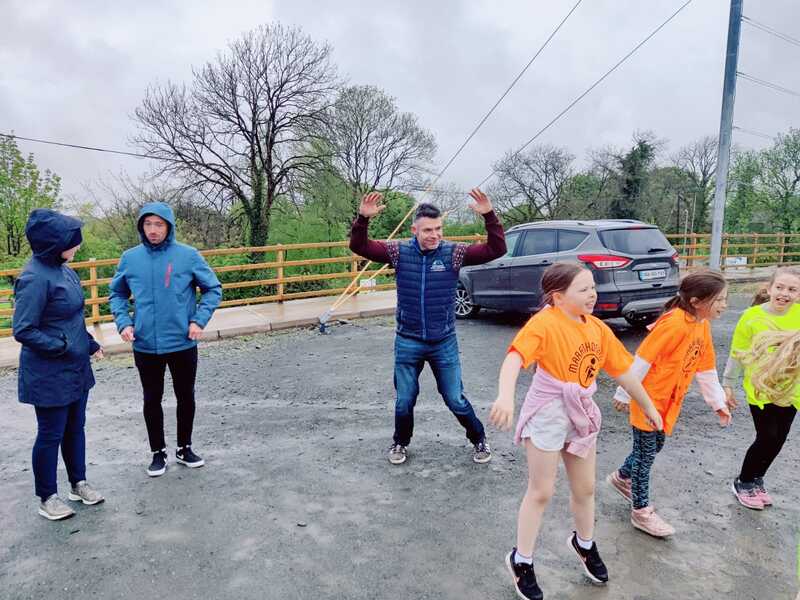 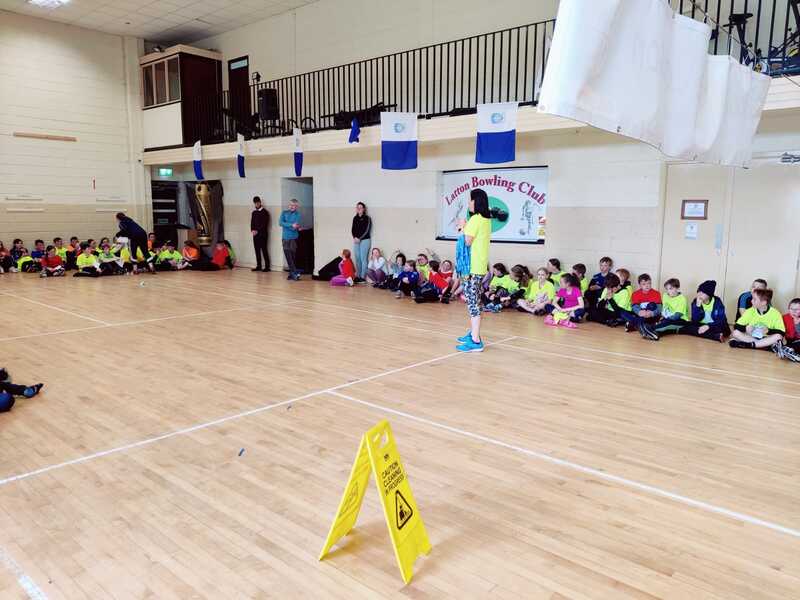 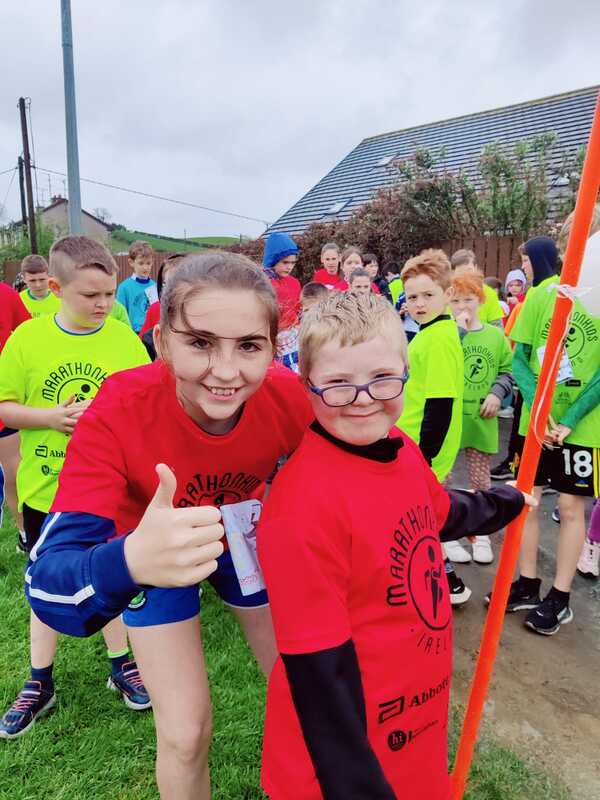 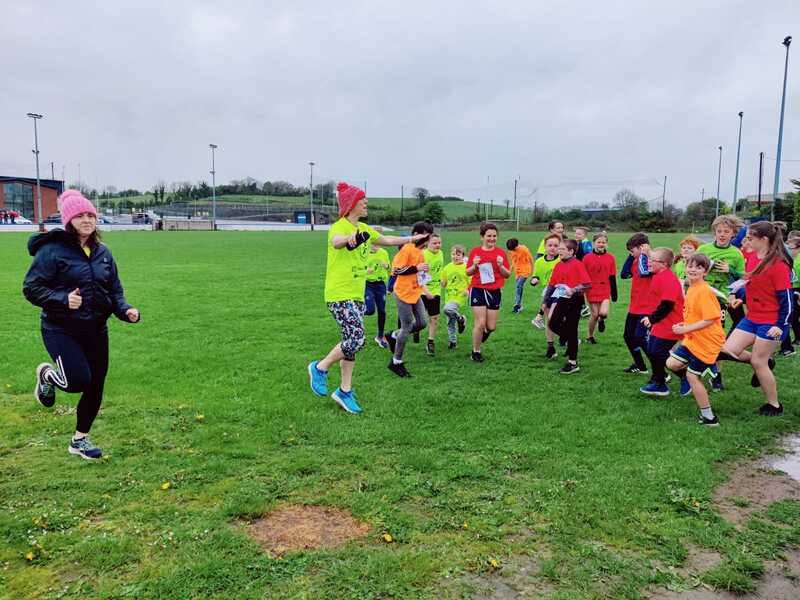 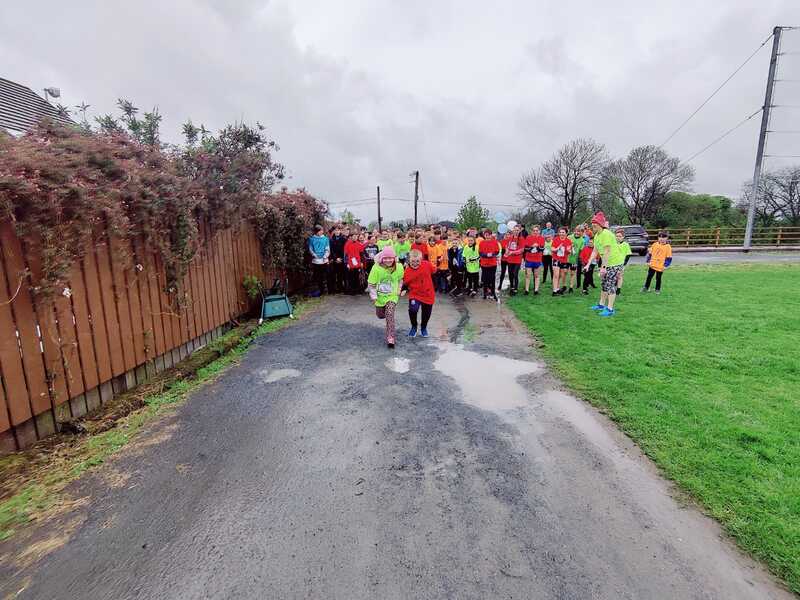 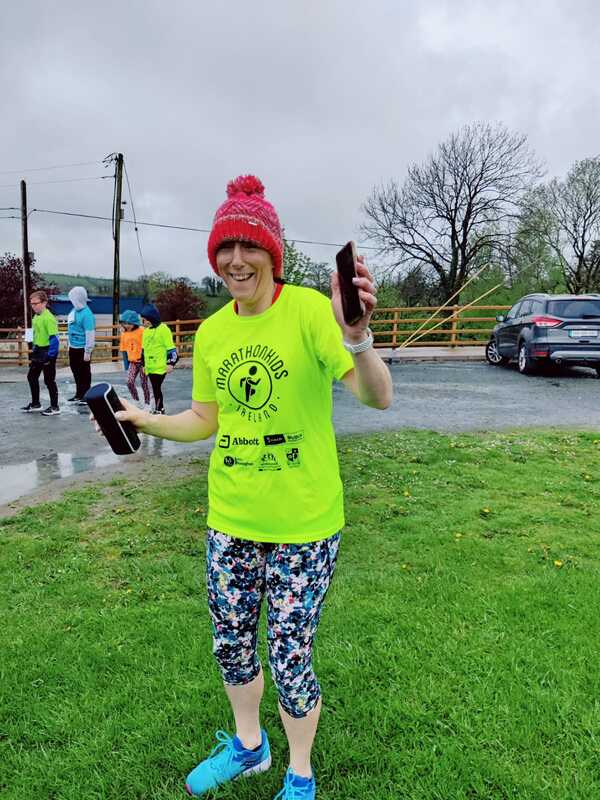 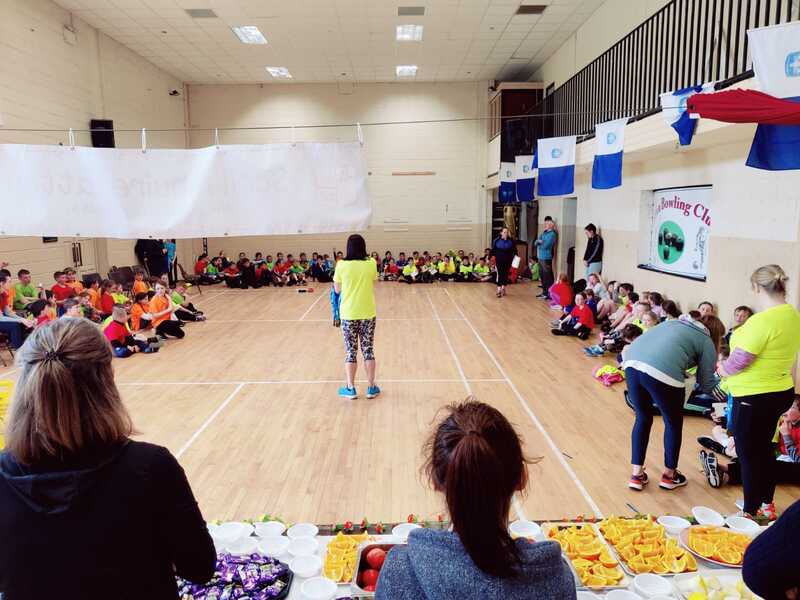 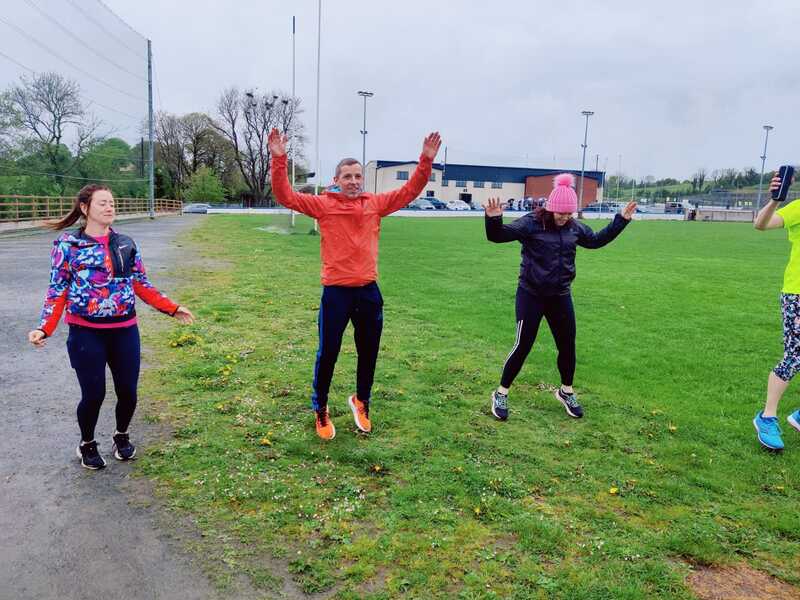 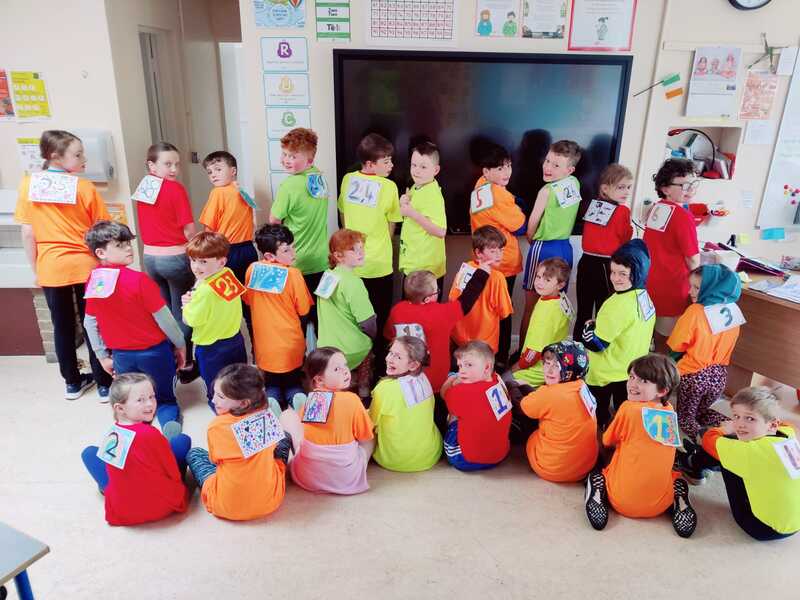 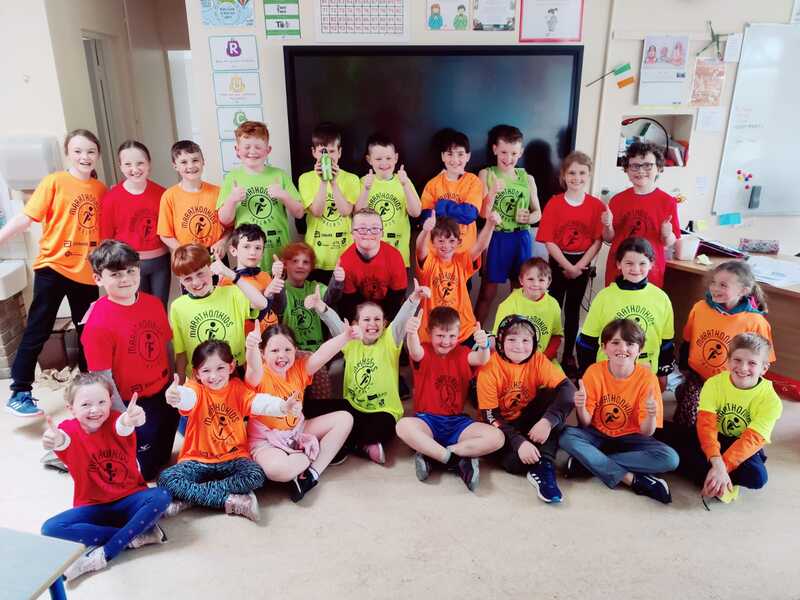 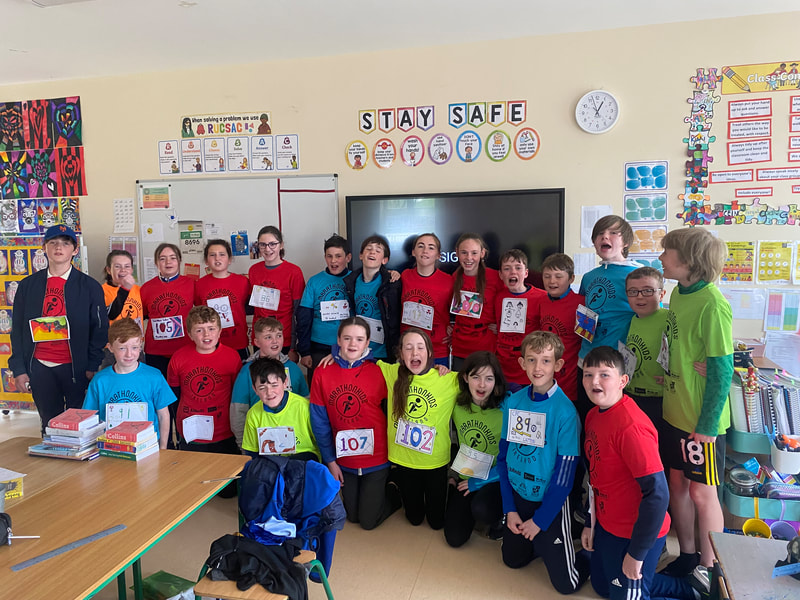 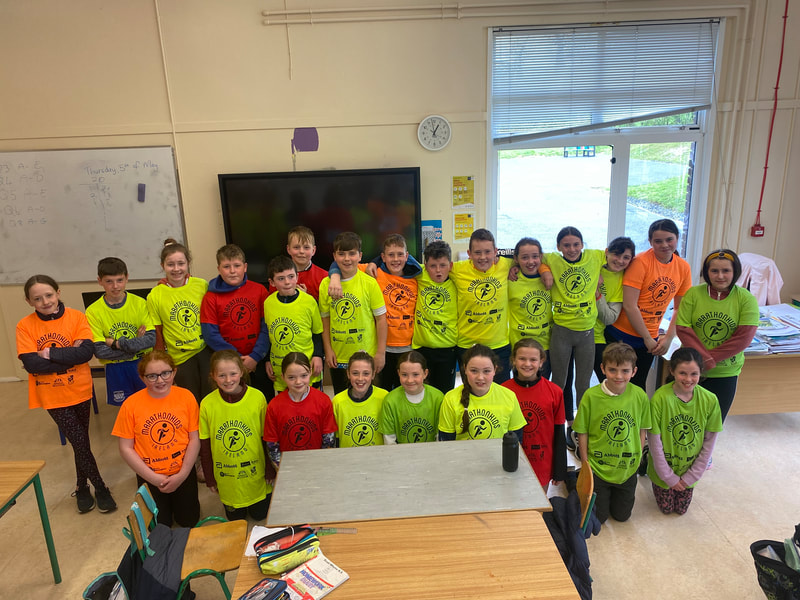 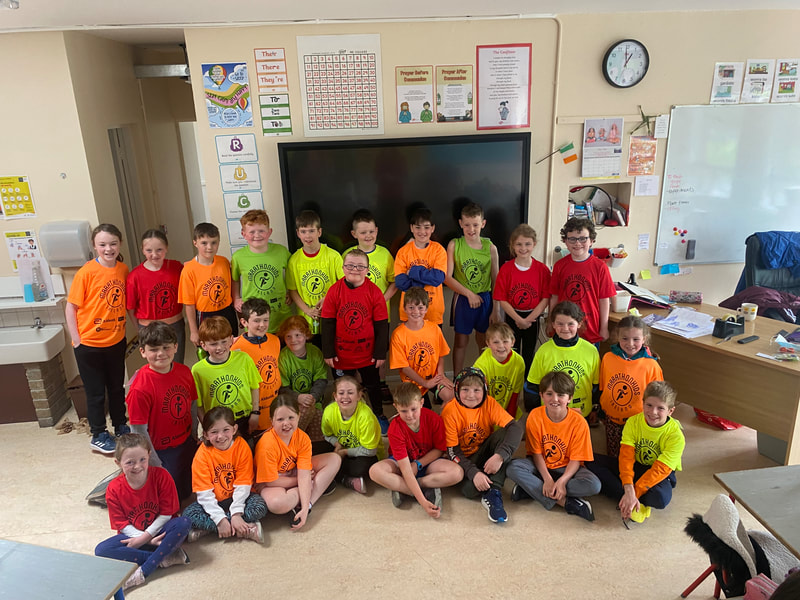 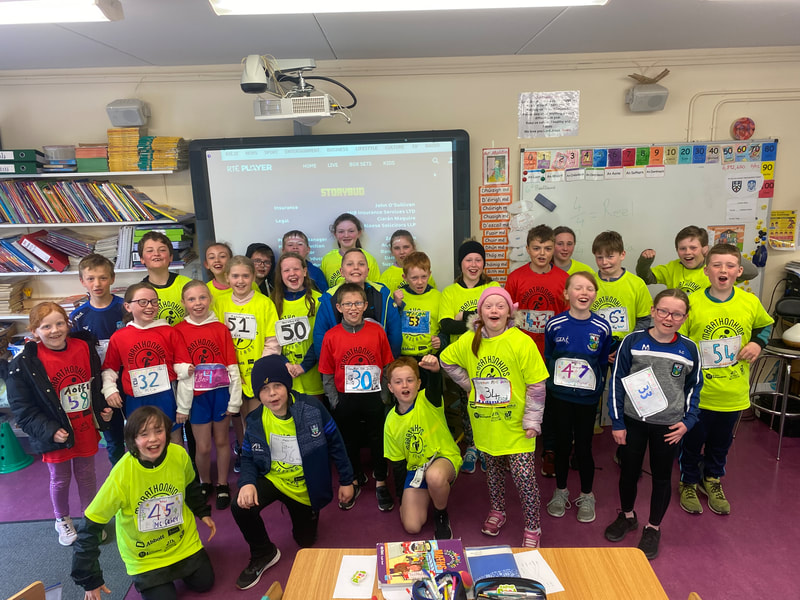 Congratulations to the girls in 5th & 6th class for reaching the Division 3 Cumann na mBunscol Final.
We are very proud of how well they played throughout this league. 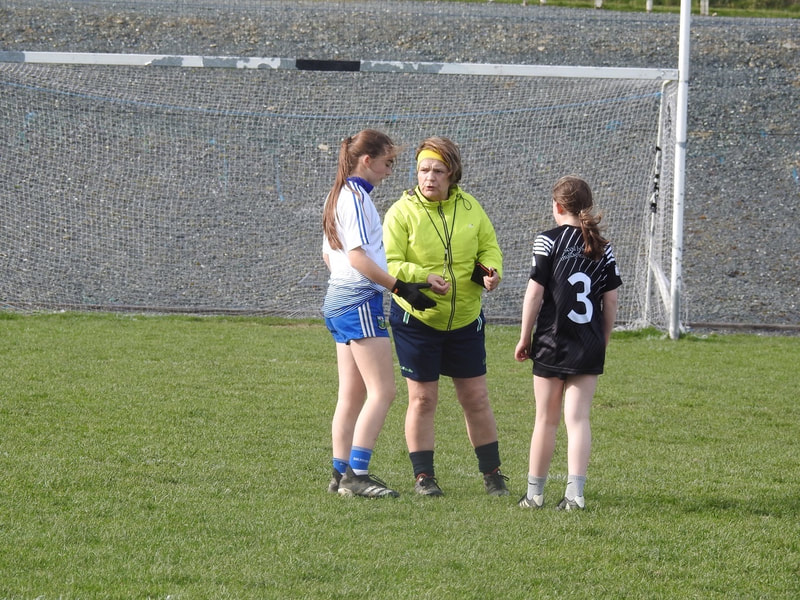 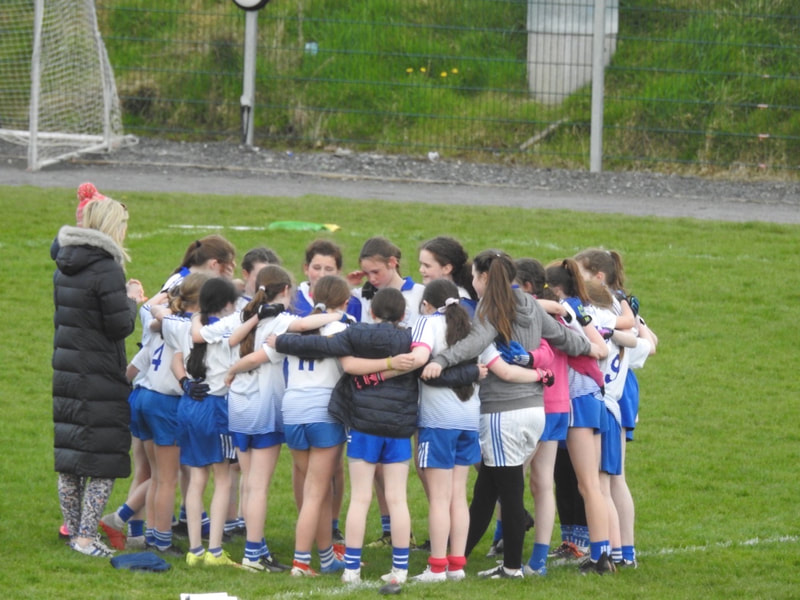 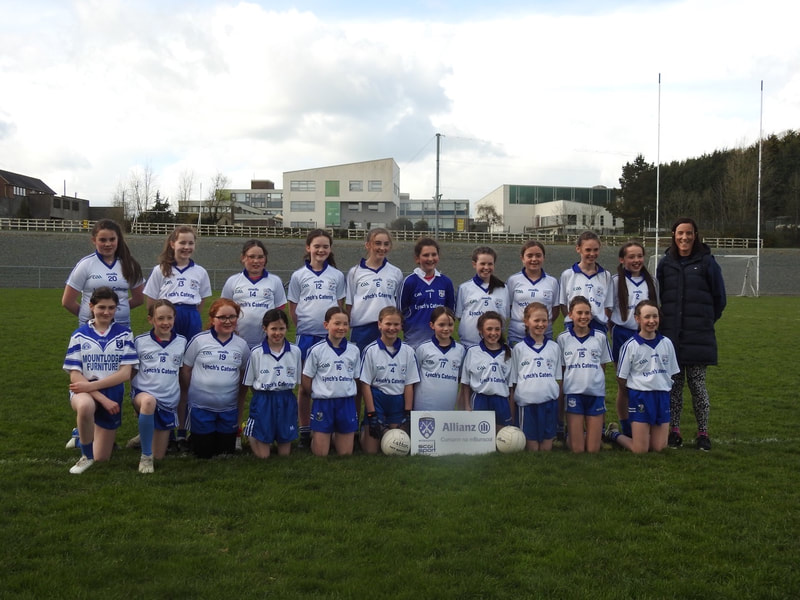 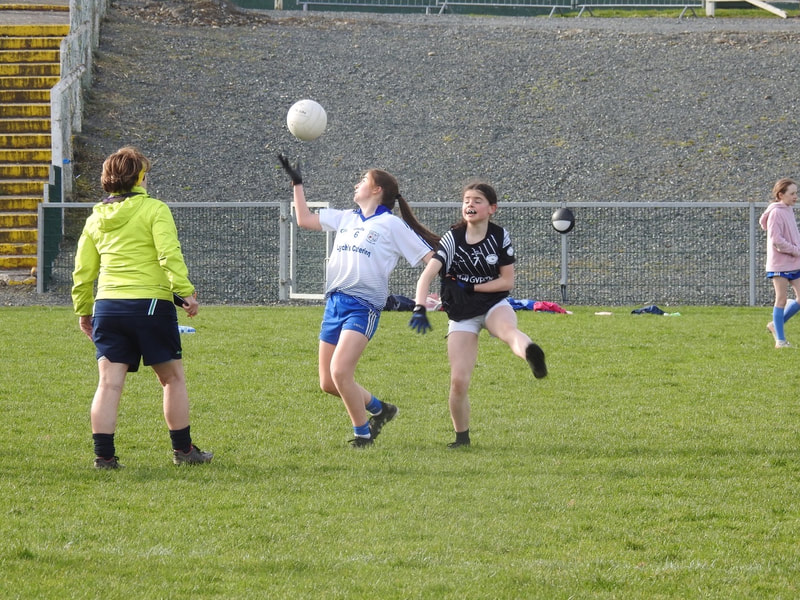 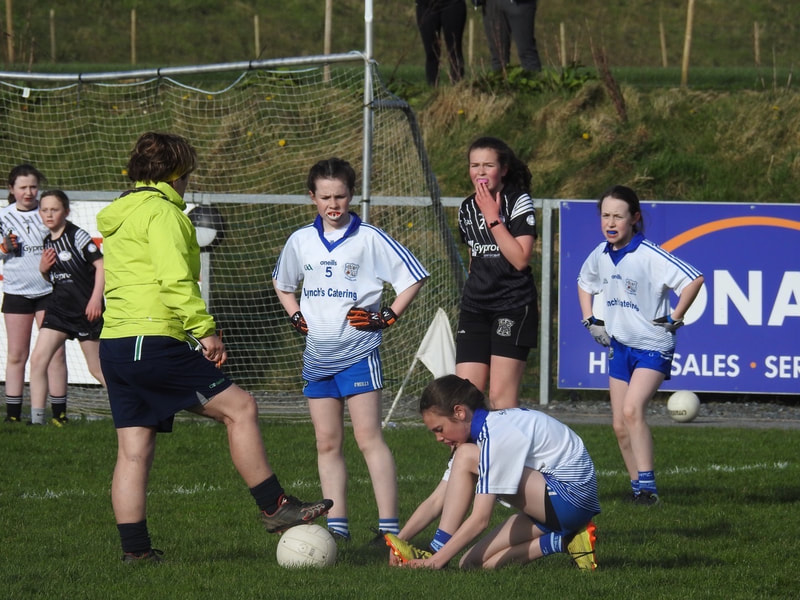 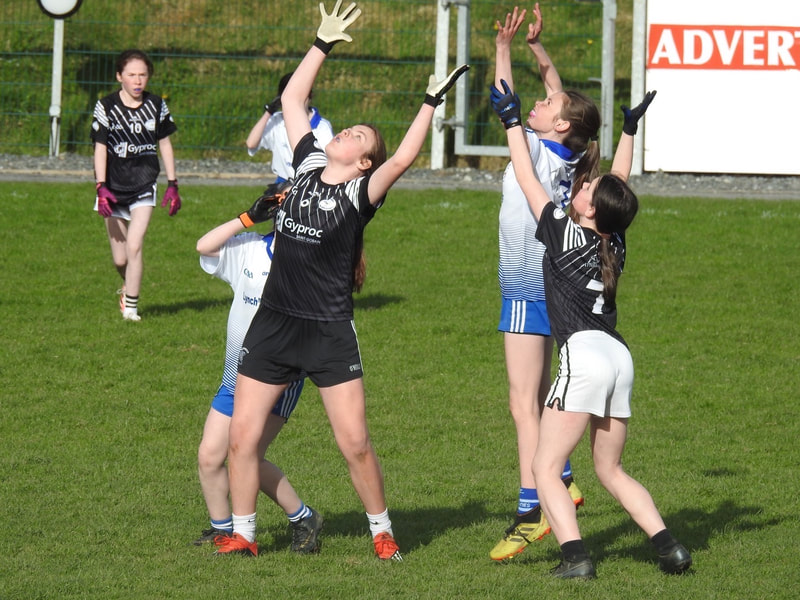 10 pupils have been given the fantastic opportunity to learn to play the traditional harp. We are delighted that our school was selected to take part in this pilot scheme run by Music Generation Cavan / Monaghan.

Check out a short clip of our budding harpists below.. 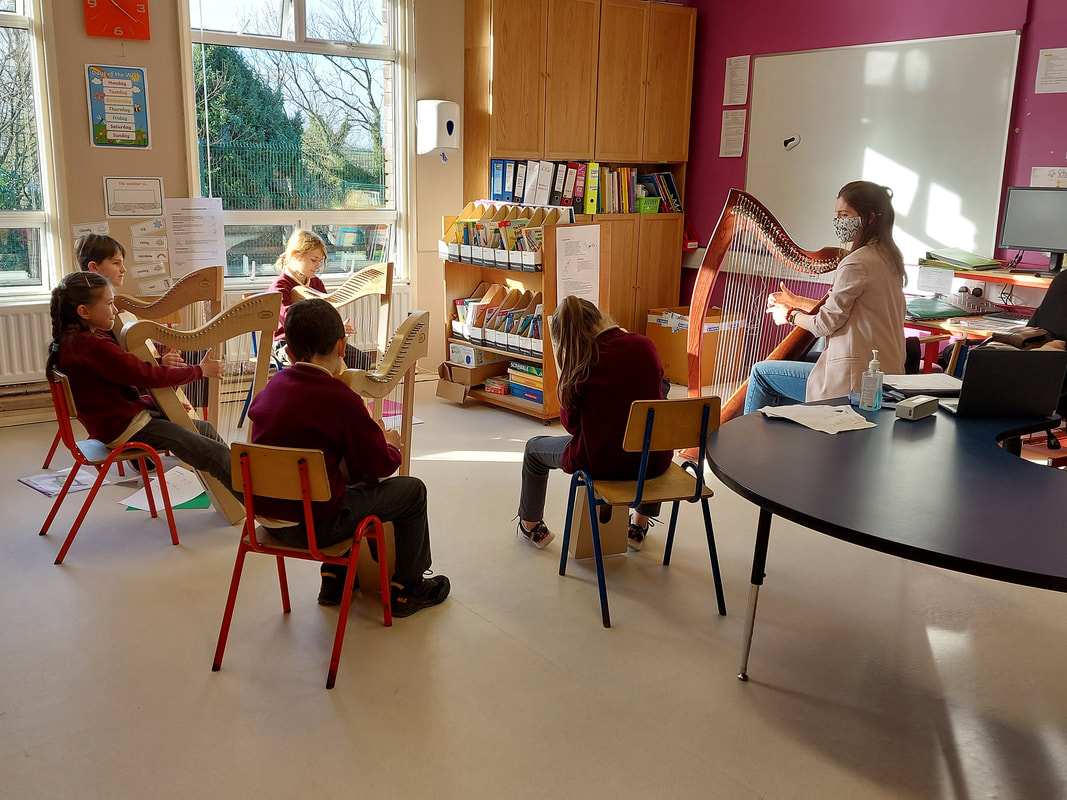 Our set dancing team was coached by past pupil Aoife Mc Cabe and consisted of Katie , Katie, Alice, Chloe, Maresa, Áobheánn, Erin and Ellie. They danced the Plain Set and got 2nd place.
Joelle in 5th Class won 1st place in the Recitation category with her fantastic rendition of 'An Elf's Complaint'.
Charlotte in 6th Class sang 'Isle of Hope, Isle of Tears' beautifully.
Our Instrumental group was comprised of 5th and 6th class pupils Maresa, Fiachra, Louise, Áobheann and Ellie. They played a beautiful air 'Inis Oirr'.
The ballad group had never performed as a group before and sang 'Isle of Hope, Isle of Tears' with lovely harmonies and a great overall sound. Well done to our ballad group Ryan, Charlotte, Josh, James and Lilianna.
Finally, our quiz team had tough opposition with 15 teams in total taking part in the Tráth na gCeist. Maith thú Alice, Michael, Caoimhín and Katie.

A great day was had by all and we are very proud of each and every one of you!
Email Us
​© Scoil Mhuire 2020-2025. All rights reserved.
Proudly powered by Weebly